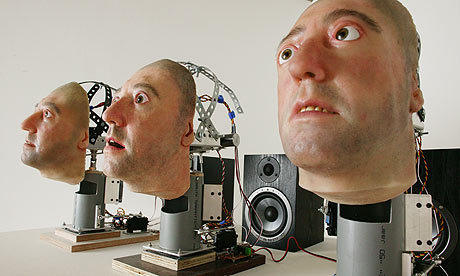 "He studied at the Ruskin School of Drawing and Fine Art, the University of Oxford and the Royal College of Art.[3]

His work in the show Art Now: The Way in Which it Landed, curated by Ryan Gander at Tate Britain in 2008, was Thinking Rock Speaks, an empty speech bubble made of steel attached to a lump of alabaster.[6] Jonathan Griffin in Frieze magazine said that Mellors "gets the last laugh ... Sometimes there really is just nothing to say."[6]

In 2002 Mellors co-founded Junior Aspirin Records, a not-for-profit record label releasing music by artists in limited editions. Mellors plays bass in the art-rock group Skill 7 Stamina 12 with Dan Fox, Ashley Marlowe and Maaike Schoorel, and has also released music with Toilet, God in Hackney, Mysterius Horse and under his own name.[7]

In 2009 at the South London Gallery, he put on a one night stage version of his film, The Time Surgeon.[8] Jessica Lack in The Guardian described the variety of styles and genres in his films, "skimming off a wide range of artistic references from prog rock to hit TV series The Prisoner, with which he creates brilliantly offbeat installations".[8]

He was represented in the Tate Trienniel 2009, Altermodern, by a work Giantbum 2009, based on a story written by him about a party of medieval explorers who lose their way in the body of a giant.[1] The work used film and animatronic heads.[9] Adrian Searle in The Guardian said:

There is a lot of bad acting and declaiming, a succession of dreadful puns, gags about a time-travelling Doctor Poo and Father Shit-mass, and some mock golden showers. Imagine the 120 Days of Sodom redone as panto.[9]

The work was also exhibited at the Stedelijk Museum, Amsterdam, and a variant of it at Centro Cultural Montehermoso in Vitoria-Gasteiz.[3]

In summer 2009, Mellors was commissioned by the BBC to make a short "work of modern art" to introduce the final episode of the cultural history series The Seven Ages of Britain, presented by David Dimbleby and directed by Jonty Claypole. The resultant work The Seven Ages of Britain Teaser featured Dimbleby voicing a silicon mask cast from his own face, alongside actors Gwendoline Christie (as 'The Operator') and Johnny Vivash (as 'Kadmus'). The work was broadcast on BBC One on the 21 March 2010 and can be viewed on the BBC Seven Ages of Britain website.[10]

He lives and works in Amsterdam, the Netherlands, London & Yorkshire, UK" 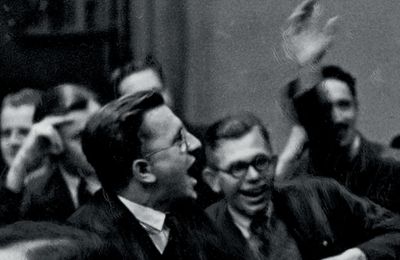