SAH is now accepting abstracts for its 66th Annual Conference in Buffalo, NY, April 10-14, 2013. Please submit abstracts for papers no later than June 1st for the thematic sessions or open session.

From the Vitruvian Man to Le Corbusier’s Modulor, the human body has served as both measure and metaphor in architectural design. In scholarly considerations of this relationship, it is often architecture which is seen to change while the status of the body remains static, a biological constant unaffected by historical time. 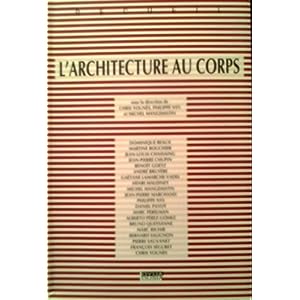 This session is devoted to research which takes both buildings and bodies to be in dynamic and reciprocal evolution. It poses one overarching question: how does a period’s understanding of the body as a cultural subject or object of scientia impinge upon architectural thought or design? For instance, historians often observe that Gothic architecture appealed to the senses, but how had the understanding of the senses evolved at that time, and how was this knowledge framed culturally and then translated into new demands on space? How were traditions in mortuary architecture or places of execution affected by human dissections as early as the thirteenth century? How did the inscription of cultural values on the body help shape architectural form or organization?

Whereas Barbara Stafford in Body Criticism brilliantly analyzed new relationships between aesthetic and medical practices in the Enlightenment – all made possible by the visibility of formerly unseeable parts of the world – this session emphasizes pre-Enlightenment cultures and science. Misconceptions of various “dark” ages or “dark” geographies can still blind historians to unlikely inspirations for architectural form in so-called pre-scientific societies. Theoretically adventurous submissions are welcome, as are those arguing for the full inclusion of the pre-modern era within research on sexed, medical, and architectural bodies as well as spaces and behaviors. Proposals on modern topics will be considered, provided they establish a transformation of a pre-modern condition.